What makes i3 so different to other personality profiling assessments?

Why is i3 different?

The question is often asked as to why an i3 profile test is different to that of standard psychometric tests.

First and foremost, the i3 instrument produces a unique result for each person being tested. This highly individual focus makes it almost impossible to compare, and puts it in the highest category of test instruments, because such an individual test is likely to produce far more pertinent information than a generic one.

The test is revolutionary and was developed independently from, and outside of the normal psychological arena. This too makes it far harder to assess within the context of traditional tests, whose effectiveness is based on test data within a formal framework of shared psychological data.

Significantly, some of the world’s most famous tests have emerged in a similar way to i3. The now famous Myers-Briggs personality test for instance, was initially developed in an informal environment by Myers and Briggs, neither of whom was formally educated in psychology, yet became world leaders in the field with their new instrument. As the test became increasingly recognised, it grew to be the universal standard for personality measurement.

As the i3 Profile is used to provide insight and self-realisation – rather than being merely a restricted measure for psychological, legal or academic purposes – it is free of the often daunting structures of academic standardisation and evaluation.

This indeed, may be an asset as this has enabled it to be significantly broader in scope than many of its counterparts. It is able to provide a wide range of personal data with a single instrument, in a single evaluation, rather than having to employ the traditional battery of test instruments.

“Because of my membership of, inter alia, MENSA, and ISPE, the extreme-IQ society, I have taken many psychometric tests, especially experimental measures as well as informal ones. Of all that I have taken, the i3 profile is among the most perceptive and imaginative and will certainly help people achieve personal growth.

With relatively few questions, it taps the heart of personality and aptitude testing – to name just a few of its multi-faceted abilities.

The unique profile produced is compelling and many have found it to be life-changing. One of its advantages to my mind is the ‘rounding-off’ with a personal evaluation. I feel that this is a profound instrument and that in time, with academic support, it is likely to become a world standard.”

In summary, the main differences between i3 and standardised tests are:

While traditional tests are normed (tested against the standard behaviour of the general population) and validated (the extent to which a test measures what it claims and was intended to measure), the i3 Profile stands alone in this regard although perhaps being in its early adulthood rather than maturity. It nevertheless has an outstanding pedigree as it has developed an international reputation built up through more than 17 500 profiles administered in several countries. It has also been regarded as among the most successful tests used by blue chip companies.

As such it might be regarded as an exceptionally promising and outstanding experimental measure and it will undoubtedly be the subject of research and further validation in the future.

These differences are probably what have enabled the i3 Profile to have become a premier broad-spectrum tool for assisting people discover themselves and for building teamwork in organisations over the last 14 years.

The main differences between i3 vs MBTI assessments & feedback

Simply put, the feedback you get from a DISC report is grouped at a level. So although you get a vast array of traits and behaviours displayed in each report they are a by-product of someone being a certain “type” of person. The reports are also a lot longer and take time to digest.

An i3 recruit report is 1 page and individual to each person who completes the assessment.

In the UK the British Psychological Society’s (BPS) Psychological Testing Centre (PTC), carries out the certification of psychometric assessments. In order to be certified by the PTC a test must have a level of standardisation and norming built in to it.

In discussions with the BPS they accept that i3 does not fit into their pre-set certification criteria because by definition, we do not norm or standardise results.

Exactly what you answer across the range of questions we ask is displayed in your results.

We made the decision that we would not adopt any norming as this would lead to us having to group people into categories and go against what i3 ultimately stands for – identifying your individuality and inspiring uniqueness.

Psychometrics are largely type based (the group or type of personality you are assessed to be). An i3 profile is trait based as we display your mix of indicators and traits associated with your individual mix.

LOOKING TO ADD A SELF-AWARENESS TOOL TO YOUR BUSINESS?

i3 is a full Organisational Development tool that will support you with the whole talent management, succession planning and employee development life-cycle.Raising both self and social awareness, becoming accredited in the i3 assessment tools will help with the intervention and implementation of relevant learning and development programmes, whilst providing HR/OD teams, coaches, business leaders, and hiring managers, a range of people management and career coaching solutions.

FacebookTwitterLinkedIn
This website uses cookies to improve your experience. We'll assume you're ok with this, but you can opt-out if you wish.Accept Reject Read More

This website uses cookies to improve your experience while you navigate through the website. Out of these, the cookies that are categorized as necessary are stored on your browser as they are essential for the working of basic functionalities of the website. We also use third-party cookies that help us analyze and understand how you use this website. These cookies will be stored in your browser only with your consent. You also have the option to opt-out of these cookies. But opting out of some of these cookies may affect your browsing experience.
Necessary Always Enabled

Any cookies that may not be particularly necessary for the website to function and is used specifically to collect user personal data via analytics, ads, other embedded contents are termed as non-necessary cookies. It is mandatory to procure user consent prior to running these cookies on your website.

SAVE & ACCEPT
Login - Select your product

Complete your profile and receive accurate, professional feedback from an accredited i3 profiler >> PROCEED 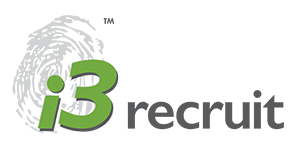 For business – an i3 recruit report gives you another angle by which to view the potential of candidates applying for a vacancy. >> PROCEED